And if not, could anyone tell me if there is another more modern shock that would work in my 1996 SRAD?
I could make small mods, I have a lathe and milling machine, but a 1:1 swap would ofcourse be preferred.

Thank you, have a nice day,

Joined Jul 23, 2021
·
121 Posts
Before I finally got to the rear shock, I've had so many expensive setbacks that I won't be able to try the S1000RR shock any time soon. I will later, but for now I am rebuilding the original shock. I also made a preload spacer and I'm going to add a rear shock shim to raise the tail a bit...

its threaded all the way down, you could shim that, warshers or thin nuts, use in a locking fashion.. if there is not enough threat you can machine those threads off and add longer and larger diameter for stability and strength, they bore out the chassis hole..

prolly how I will do it, but instead of welding threads back on I will drill out the old threads, bore hole slightly larger on bracket then just use nuts to hold the longer threads on the nut on the top side serving as the spacer, using shims to find my ride height then lop the all thread off call it good, lock it all down..

if you welded longer threads to the bracket you could lock it down pinch style like in this pic.. if there is no clearance for lower locking all thread I will weld and go like this pic.. 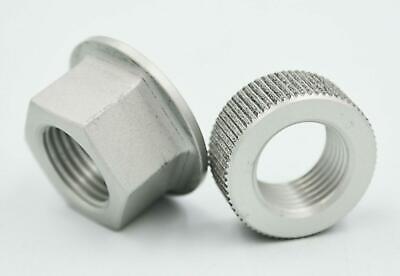 That custom bracket with the nuts acting as the height adjustment is a nice solution, never seen that before.

Today I've put the serviced and modified rear shock back in. I've put in a preload spacer on top, that starts out where the old setting left off. So right now the new start setting would be the same as the old and almost maxed out setting which was still too soft for me.

I've put in slightly heavier oil, 7,5W instead of 5W. I've also had the shop fill it up with 15Bar / about 215PSI of nitrogen. And finally I've put 2 stainless washers with a total thickness of 6mm on top of the clevice to raise the tail. I've read a lot about this on this forum, and about how it should improve handling and cornering. But I've never tried it before myself, so I wonder if I can actually notice any difference (for road use, I'm not a track rider). I might even try 9mm later. It seems that the threaded part of the original clevice will just allow for this.

In the end I still think that a more modern shock, better suited or even tailored for my weight, would be a lot better. I'm pretty sure that I'm going to try the S1000RR shock eventually, which should come pretty close I think. Or maybe even something really fancy like an Öhlins, if I can find one for a reasonable price.

This is an older thread, you may not receive a response, and could be reviving an old thread. Please consider creating a new thread.